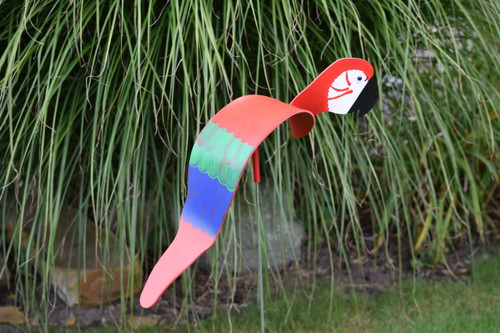 FDB's Red Macaw dances on the slightest breeze.  Our special hinge allows it to swivel and dip atop a 35" galvanized stake.  It is approximately 22" long x 6.5" wide.  Made from UV-resistant PVC, entirely hand painted & hand formed, it is durable in day-to-day weather.  Simply lift off the stake to take in during severe weather or extreme temperatures. Made in the USA.

"The Green-winged macaw (Ara chloropterus), also known as the Red-and-green Macaw, is often mistaken for the Scarlet Macaw, another large macaw of the Ara genus, because of its predominant red feathering.  Green-winged Macaws are frequently seen in pairs or family groups and occasionally gather in small flocks of six to twelve birds. Larger groups are found in feeding trees or on clay banks, where they may group with other Macaws. They are fairly shy birds and are difficult to see in foliage. Usually only heard within the forest, Green-winged Macaws will fly off making loud screeches when alarmed.  Macaws are very messy eaters - their extremely strong beaks are perfectly adapted for eating all sorts of nuts and seeds, as seen in their ability to crack open incredibly hard-shelled nuts (such as Brazil nuts) with ease. In the course of daily feeding, macaws allow plenty of seeds (while eating, as well as in their droppings) to fall to the forest floor, thus regenerating much of the forest growth.  Some macaw owners and experts call the Green-winged macaw the "gentle giant", as it is larger in size than the Scarlet macaw and Blue-and-yellow macaw but has a more docile, sweet nature which often makes it a more desirable pet or companion parrot.  In the wild, macaws do not mimic other bird calls.  Mimicry is only noted in captive species.  They can learn to copy human speech, but are not considered good mimics." Rainforest Alliance 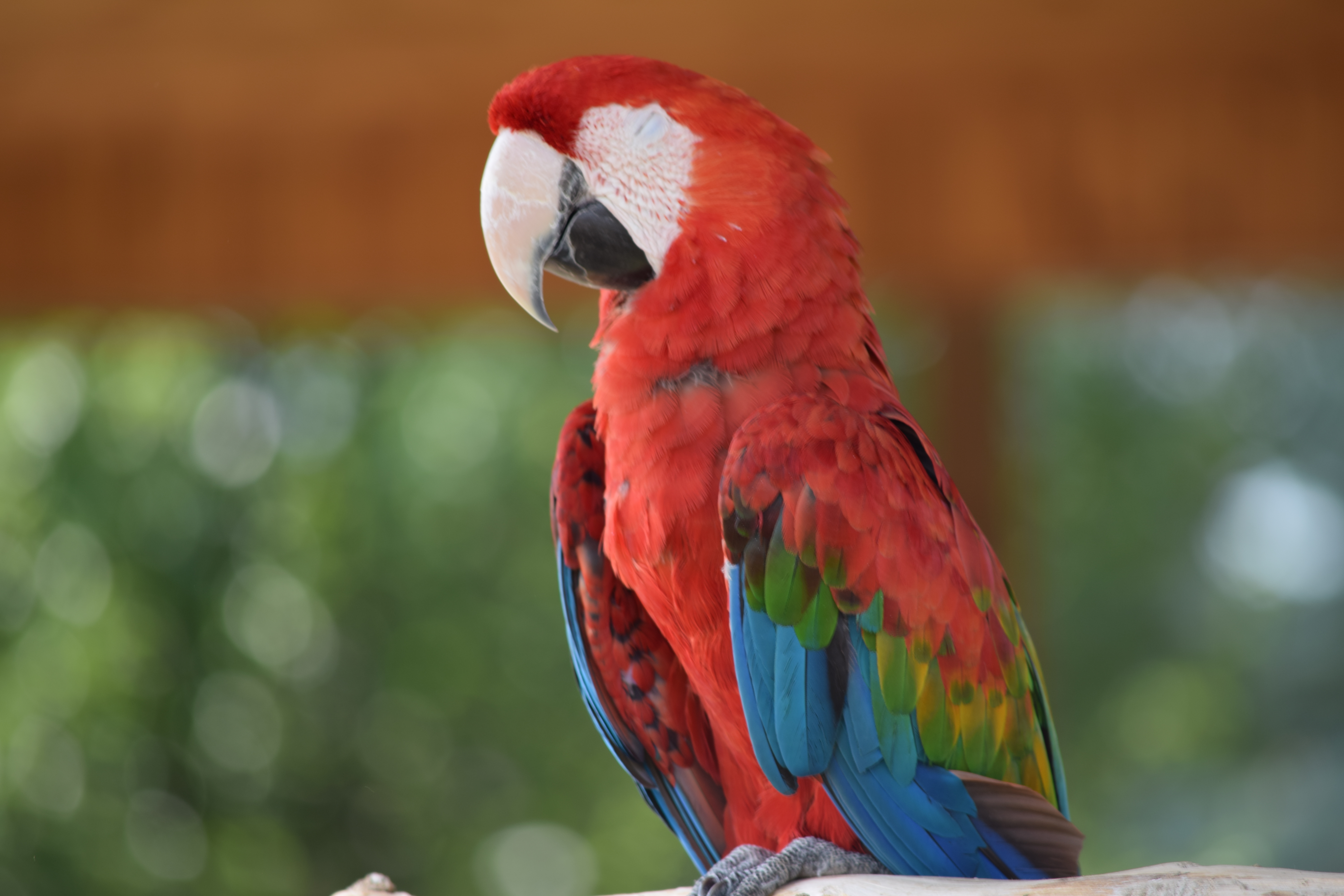